On 3 October at the initiative of Horst K., one woman and six men met for a Märchenwald [en: Fairy Tale Forest] hike on the Panoramaweg [en: Panorama Trail] in Burgwald Mountains around Rauschenberg near Marburg. All enjoyed the day, and the weather appeared much better than at home.

On the way to the castle ruin, we passed through the Fairy Tale Forest, which had been planted some 20 years earlier. At the ruin, we met a few youngsters, who had bounced up the mountain on bicycles. They had chosen this terrain as their adventure playground for the day. 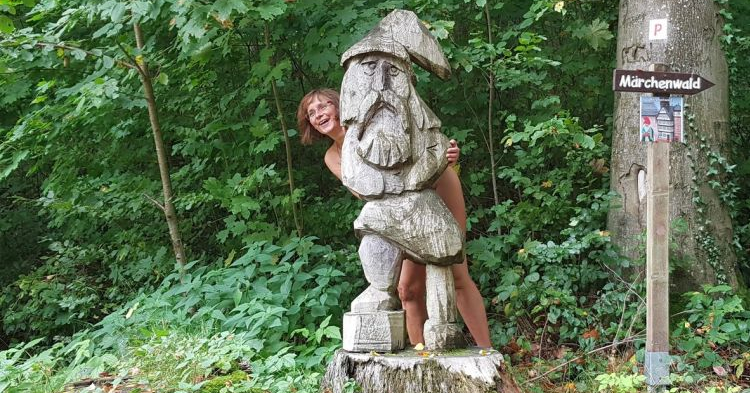 In the fairy tale forest 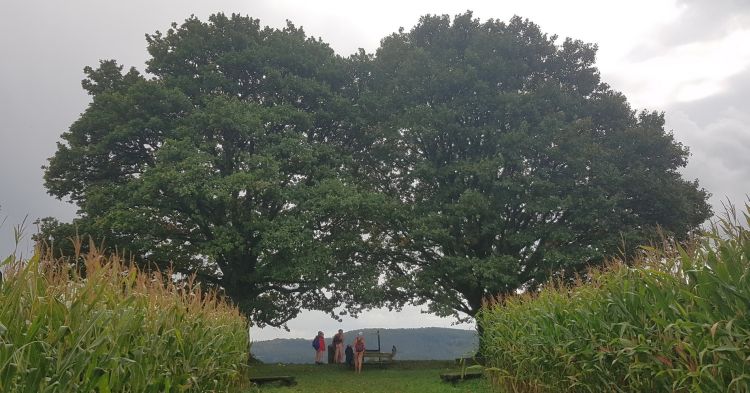 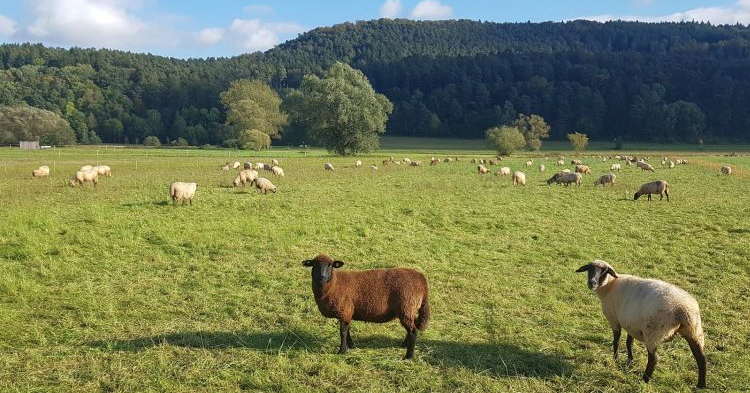 Several hikers on the way were all wrapped in thick clothes. They often asked us, in amazement, if it were not cold. We explained, that this was not the case for us. When human skin acting as a temperature sensor receives uniform information, the body adapts – within reasonable limits – to the ambient temperature without feeling cold. When the body is provided with contradictory information – warm under clothing and cool on unclothed skin – then body temperature regulation does not work so well.

After 16 km we followed the example of peacefully grazing sheep and ended our day at a restaurant in Rauschenberg.