More than 40 naturists from Germany and the Netherlands met in Harz Mountains for some days of naktivities. Amongst other activities like visitor tours in the vicinity, hiking in the buff as well as nude swimming, sunbathing, relaxing, and sauna were on the agenda. Also, there was an option to participate actively in a bodypainting.

Note on the term “Wasserregale”:

The German noun “Wasser” is “water” in English. In German of our times, “Regal” gives German native speakers at first a remembrance of “shelve”, “bookshelf”, or “rack”. Such an understanding in combination with water sounds somehow strange. In the context of this report, such asssumptions are completely misleading:

“‘Wasserregal’ (‘Regal’ from latin ‘rex’, ‘regis’, or ‘King’, in the sense of ‘royal sovereignty’) names a sovereign right vested in the state or head of state with respect to water and its use.”
– Source: ‘Wasserregal’ (de.wikipedia.org), 2021, translated, layout modified by author

In Harz Mountains regarding to this topic, it's all about ponds created for water regulation in by-gone times of mining there. The ponds still exist. A detailed explanation in English “Upper Harz Water Regale” (en.wikipedia.org) is also available.

At 26°C and sunshine, 26 naturists hiked 15 km through a varied landscape of forest and meadows. During past times of mining in the region, so-called ‘Wasserregale’ – (Ancient) rights and duties concerning regulation of the level of water] – were the reason, to artificially create numerous basins for water regulation. Nowadays, they offer many possibilities for cooling, bathing, and swimming.

A dragonfly landed unerringly and posed in front of the macro lens. 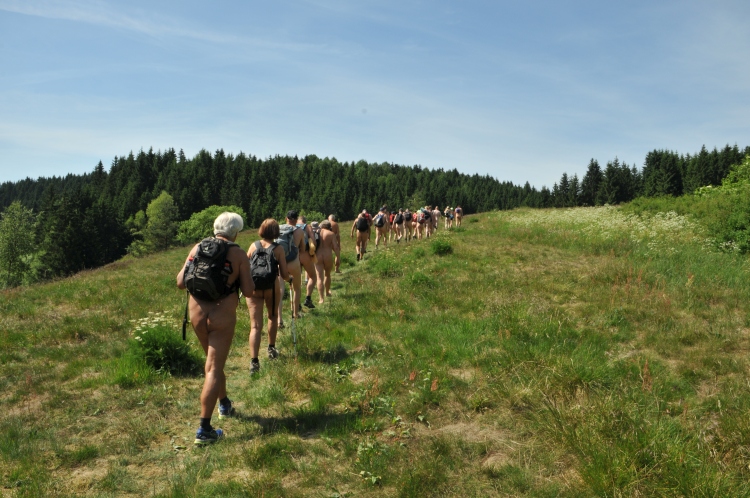 Today's hike in the buff
beginning directly at our hut 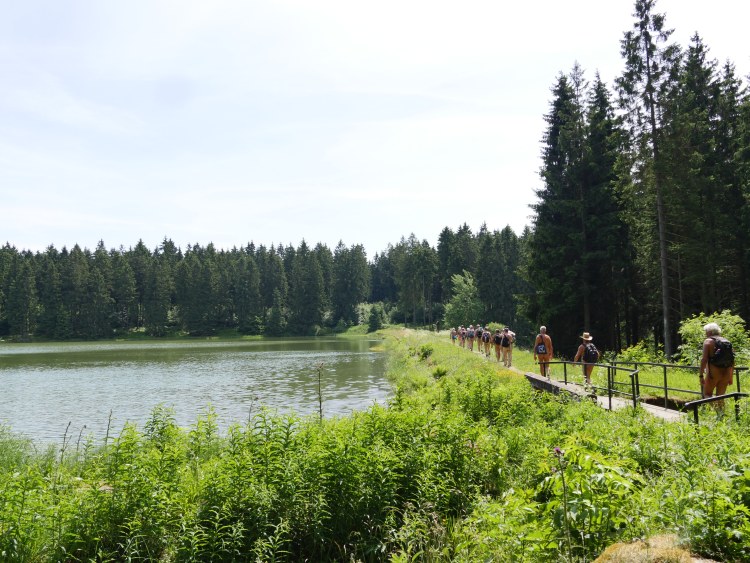 The next rest with an offer to bathe
is in sight 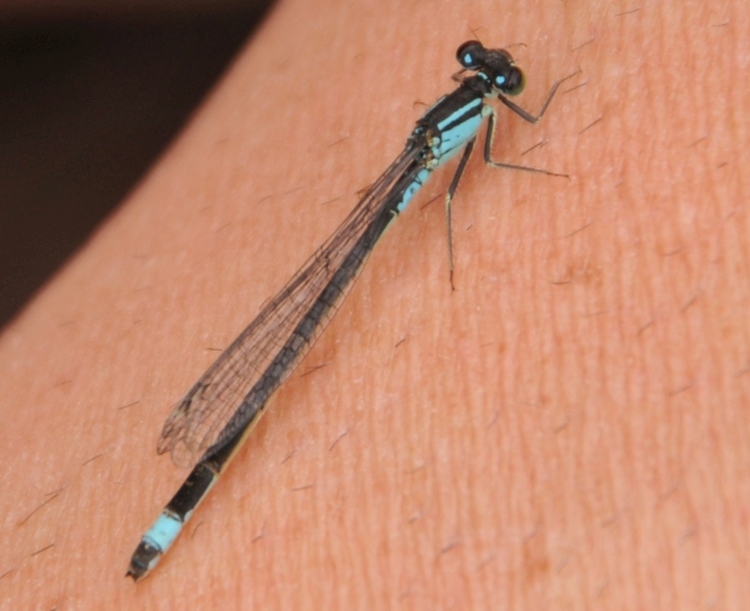 Due to air temperature of only 16°C and a cloudy sky, those 20 naturists, who had applied for a bodypainting, were happy to have a heated space – preparation and painting did even last some hours. Finally, we presented ourselves as living works of art to the public on the marketplace in the centre of Clausthal between church and townhall.

Presentation of bodypainting art
in front of
townhall [de: Rathaus] 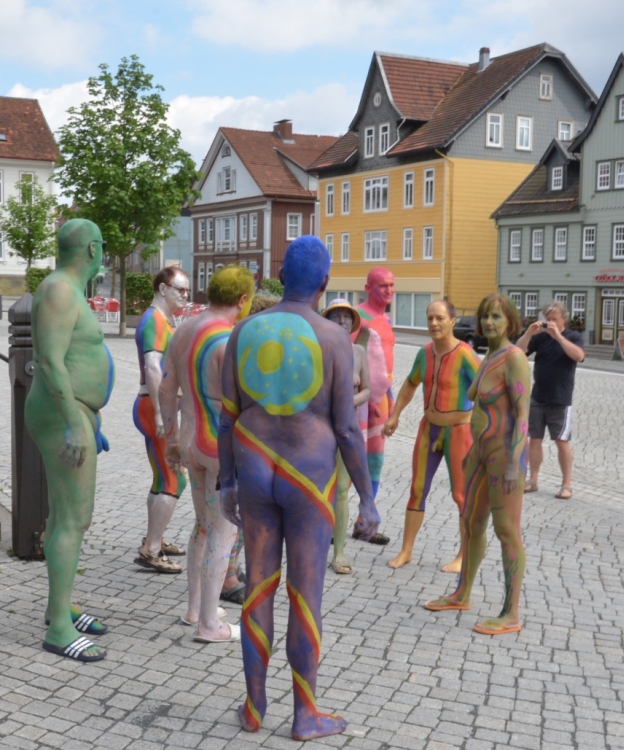 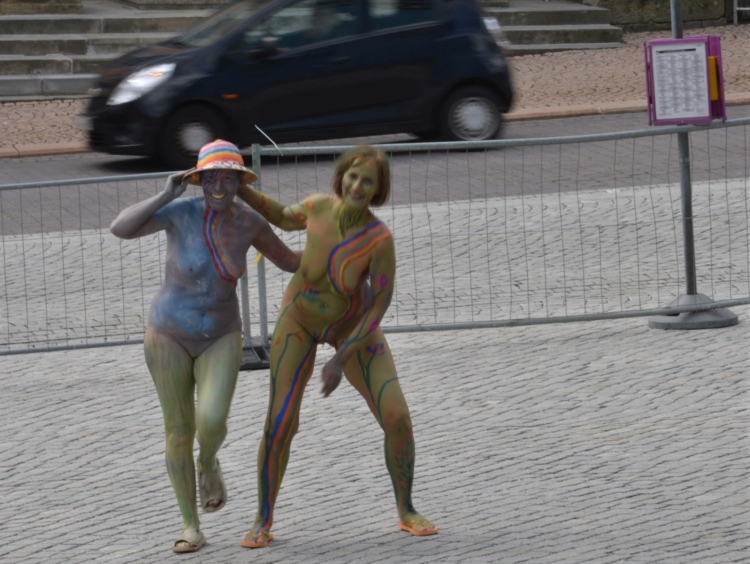