Even among many historical peoples, i.e.peoples, which we know from written historylike peoples from Europe, North Africa, the Orient, Asia) the so-called “peoples in civilisation“, parts of the population have kept, up to the present time, the practise of abstaining from clothing in the true sense of the word, but only wearing a loincloth, because clothing is simply a hindrance. Children like to abstain from the apron, too, and leave it with a simple lumbar cord, a necklace, or both.

Necklace and lumbar cord are very practical: Since there is no trouser pocket on the nude skin, you can hang needed items well in the lumbar cord, so that you do not have to carry them constantly in your hand. 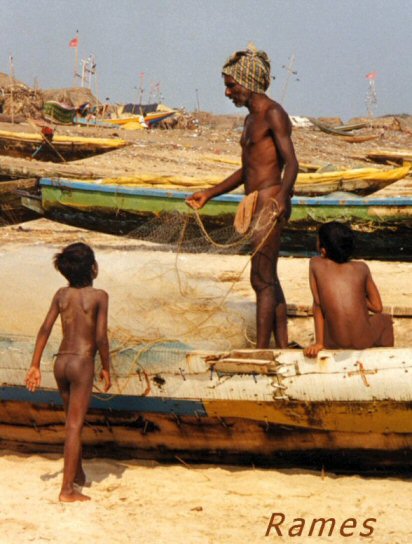 Indian fisherman with lumbar cord and apron.
One of his sons wears a lumbar cord,
the second is nude (photo about 1990).
Copyright: Rames D.

In the East African savanna countries, it is traditionally the task of the older children, to guard the small herd of rawboned cattle. 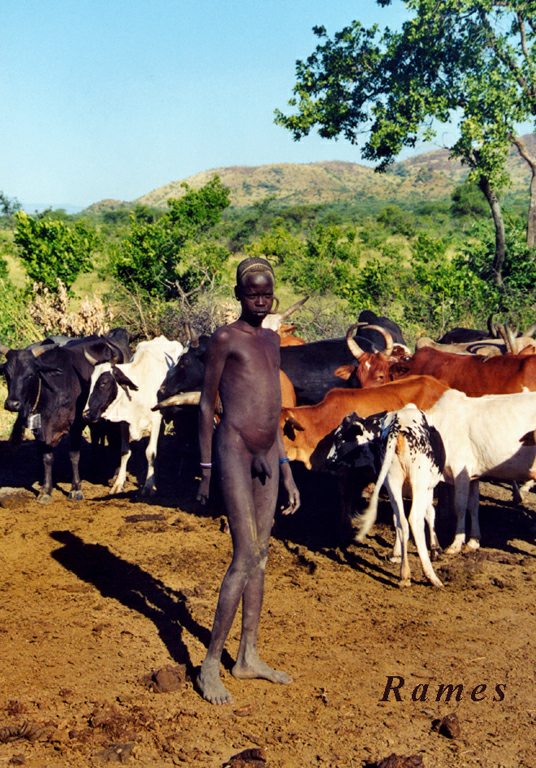 As a shepherd, you do not need any clothes (photo about 1990).
Copyright: Rames D.