“[…] Indeed, his photographs are devoid of exploitive or negative characteristics. There is beauty there; there is also truth – but no filth. His models never undress for the photographer – they were nude before he arrived and will be again as he departs. The photographer captures his models – girls and young women from nudist communities – in the surroundings that are organic to them. ‘Nudity means nothing to anybody here…People are naked…because they are naturists and spend their summers in a resort dedicated to the absence of shame.’ […]”
– Source: “Jock Sturges: Absence of Shame” (monovisions.com) 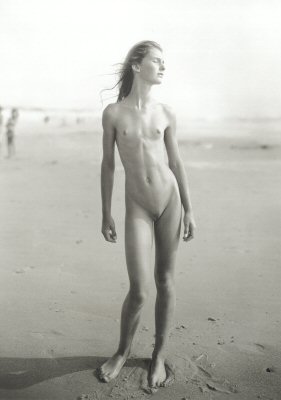 By the sea, a girl
Copyright:
Jock Sturges, "Radiant Identities"

“In 1990, the FBI carried out a house search at Sturges' studio, confiscated his work with accusations of violation of child pornography laws. Citizens, artists, and media reacted with outrage. With ‘The Last Day of Summer’, Aperture gives Sturges' vision the dignity and respect it so richly deserves.
Jock Sturges (* 1947, New York) received a Bachelor of Arts (B.A.) in Perception Psychology and Photography from Marlboro College in Vermont in 1974 and a Master of Fine Arts (M.F.A.) from the San Francisco Art Institute in 1985. He has exhibited internationally and his photographs are in the collections of the Museum of Modern Art and the Metropolitan Museum of Art in New York and the Bibliothéque Nationale in Paris. His earlier books published by Aperture include ‘Notes’, ‘The Last Day of Summer’, and ‘Radiant Identities’.”
(aperture.org), 2019 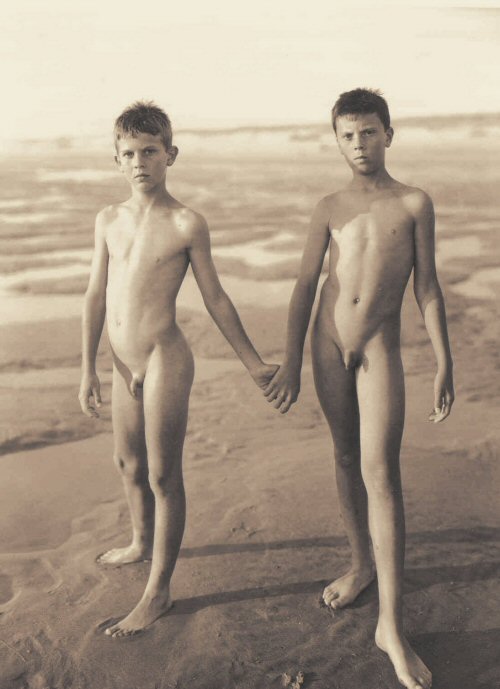 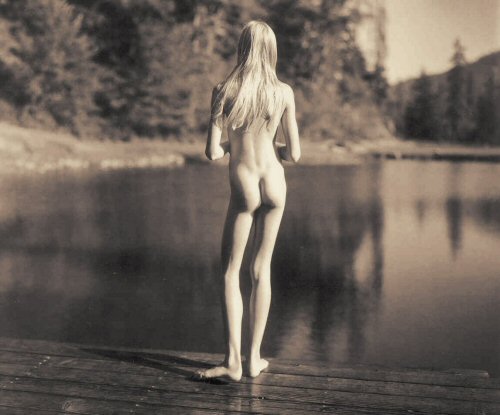 At the lake, a girl
Copyright:
Jock Sturges, "Radiant Identities"