The Daily Telegraph:
… not topless until the sun goes down.

NY Police Department:
… full nudity is legal for the sake of art.

“It's not just a bunch of naked people being painted...these are the stories behind and beyond the physicality of bodypainting in an award-winning documentary-style short film surrounding the artist Andy Golub. It's about human connection and the critical issue of freedom of expression through art, which is as real and intricate as the art itself. What exists beyond the paint is the people... 2017 winner of six Merit Awards, categories including ‘Women Filmmakers’, ‘Documentary Short’, and ‘Use of Film / Video for Social Change’.”
– Source: “bestshorts.net”, issue: 2017, layout modified by author 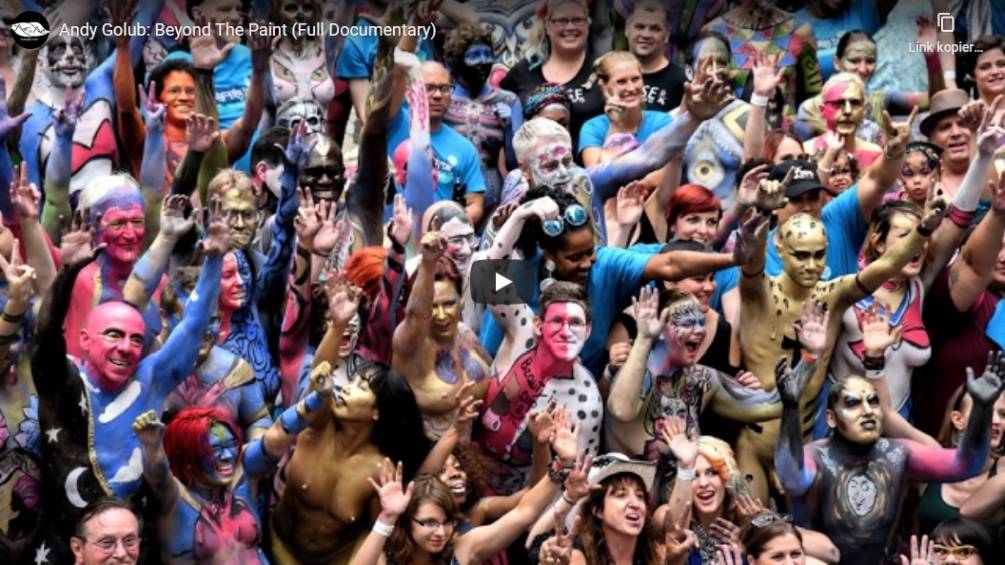