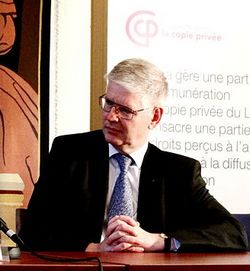 “Jean Claude Bologne, born on 4 September 1956 in Liège (Belgium) in a family of teachers, is a Belgian writer, novelist, journalist, teacher, and lecturer. He has published about forty works: poems, novels, essays, dictionaries, etc. These are both scientific works and fiction and non-fiction. Sometimes he mixes history and fiction. His works are translated into several languages.
From 2010 to 2014, he chaired the Executive Committee of the ‘Société des gens de lettres’.
He was elected Belgian literary member of the ‘Royal Academy for French Language and Literature’ of Belgium on 9 April 2011 and succeeded Jean Tordeur in the chair ‘221’.”
– Source: “Jean Claude Bologne” (fr.wikipedia.org), 2020, translated

“Jean-Claude Bologne, renowned French historian, has published, among other things, a ‘History of Marriage’ and a ‘History of Birth’ in France. In German, he has published ‘Von der Fackel zum Scheiterhaufen. Magie und Aberglaube im Mittelalter’ [en: ‘From torch to funeral pyre. Magic and superstition in the Middle Ages’] (1995) and ‘Der verwundete Vogel’ [en: ‘The wounded bird’] (1995).”
– Source: cover text 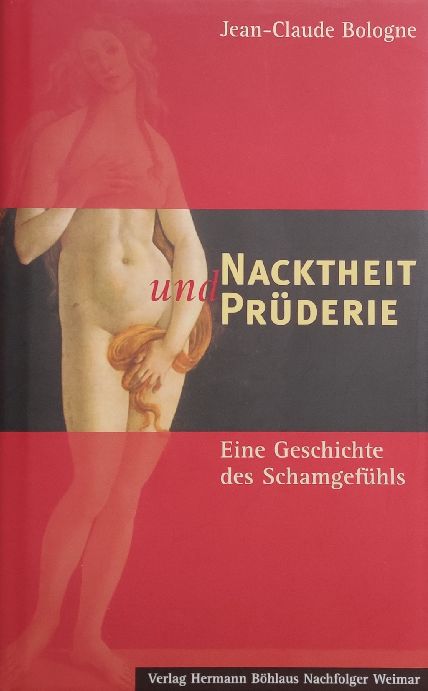 “Using the example of historically prominent personalities, Jean-Claude Bologne documents the transformation of the sense of shame over the centuries and thus reflects the change in society and its value ideas. It is the first great historical representation of this socially relevant phenomenon and stands out from the ethnologic-anthropological approach of Hans Peter Duerr.”
– amazon.de, 2017, translated

“In times of Big Brother & Co, openness is no longer just celebrated as an enlightenment, but increasingly also as shamelessness, says reviewer Anja Lietzmann, which is why the question of shame is being asked more and more frequently. An answer to the importance of shame is found in Jean-Claude Bolognes's history of shame. Bologne seeks to answer the question of whether shame is an anthropological constant or a historical phenomenon. As the reviewer explains, Bologne makes the assumption that shame is a feeling that knows all epochs, but which is expressed in very different ways. In particular, by the example of historical personalities, Bologne talks about the sense of shame in the bathroom, fashion, medicine, the night chair as well as theater and film. The reviewer praises that Bologne – methodically clever – shame in everyday life and shame in art in separate chapters. In particular the reviewer emphasizes Bolognes interest for the shame on nudity and the shame concerning the anus. Regrettably, however, the reviewer finds that Bologne has escaped the controversy led by Hans Peter Duerr and his book ‘The Myth of the Civilization Process’ on the subject. According to the reviewer, Duerr points to Bologne, that shame on nudity is universal, that there was therefore no time and culture in which nudity was commonplace.”
– Source: perlentaucher.de, Rezensionsnotiz zur [en: note on a critique in German daily newspaper] Frankfurter Rundschau, 2017, translated