Jock sturges photographed adolescents in the buff. His idea was, not to get pictures of human bodies, but of their felings, their hearts, their souls. He stayed connected with them during long time documenting their development as person with his photos.
–  On artsy.net, “Jock Sturges”, you may read more about his mode of practice.

“[…] Excellently printed, expressive in its modulations of light and pleasing hues […] what makes Sturges work so special, is its naturalness, its gentle attention to the pleasure, which you can find in life. […]”
– Source: “The Boston Globe” cited (buecher.de), 2017, no longer online

“[…] Of course, there is curiosity. What do I look like? Sometimes disappointment, sometimes pleasure. But it's not just about me: Jock makes the whole world remarkable – like in heaven. He lets me see my own world in a new way. […]”
– Source: “Voice of one of his models” cited (buecher.de), 2017, no longer online

“[…] Stubborn people are serious, well formed, and poetic. It is best to think of your world as an inviting fiction: an Eden of a photographer, where a little knowledge will not drive you out of the garden. […]”
– Source: “People magazine” cited (buecher.de), 2017, no longer online

“Fanny is an extended portrait of a young girl's transition from child to woman. Made over a period of 23 years, the images are at once beautiful in their detail of light and identity and also frankly anthropological in their descriptive effect. A naturist since birth, Fanny's comfort with nudity and her natural self has allowed Sturges to draw an engaging portrait of the evolution of a human being with few social distractions. His access to the girl's and woman's character is direct and fascinating. Long known for his extended portraits of children and adolescents, this work is strong evidence of Sturges' permanent commitment to the people in his work.”
– Source: Jock Sturges: “Absence of Shame” (buecher.de), 2017

Flip online through example pages of the book (steidl.de), 2020

The last day of summer
(amazon.de)

“In the 58 pictures of this beautiful monograph ... Sturges maintains a fine balance like on a balancing rod ... He struggles to observe and depict his models in all their complexity on the threshold of change. The result of this long-term, joint effort is one of the most clear-sighted and responsible investigations of puberty and the emergence of sexuality in the history of photography, creating a metaphor of the metamorphosis from child to adult.
– Source: A. D. Coleman, The New York Observer, 2017

“In 1990, the FBI carried out a house search at Sturges' studio, confiscated his work with accusations of violation of child pornography laws. Citizens, artists, and media reacted with outrage. With "The Last Day of Summer", Aperture gives Sturges' vision the dignity and respect it so richly deserves.
Jock Sturges (* 1947, New York) received a Bachelor of Arts (B.A.) in Perception Psychology and Photography from Marlboro College in Vermont in 1974 and a Master of Fine Arts (M.F.A.) from the San Francisco Art Institute in 1985. He has exhibited internationally and his photographs are in the collections of the Museum of Modern Art and the Metropolitan Museum of Art in New York and the Bibliothéque Nationale in Paris. His earlier books published by Aperture include “Notes”, “The Last Day of Summer” and “Radiant Identities”.
– Source: (aperture.org), 2019

Jock Sturges: At the Edge of the World 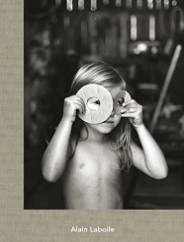 At the Edge of the World (amazon.de)

“Alain Laboile resides with his family in a village in the southwest of France. A sculptor by trade, he acquired his first camera only a few years ago. But soon his six children and their natural and uninhibited lifestyle came to dominate his camera's attention: ‘Through my photographic work I celebrate and document my family life: a life on the edge of the world, where intemporality and the universality of childhood meet. Though my work is deeply personal, it is also accessible, addressing human nature and allowing the viewer to enter my world and reflect on their own childhoods.’”
– Source: At the Edge of the World (amazon.de), 2020

The persons, which Jock Sturges photographed, didn't undress for Jock's photos – they enjoyed their lifestyle in the nude, being already nude at his arrival and staying in the buff, when he left. Because of taking photos of adolescents and publishing them, he had to experience trouble: Police raided his studio with the suspicion of pornography. It took years to state his innocence and to return his equipment and photos. Extremist religious bigots in the USA besieged bookshops intending to crush photobooks of his works.
He is not simply interested in photographing nude bodies of persons, but to accompany humans during long time documenting the beauty of the human body and personal development.
– On monovisions.com, “Jock Sturges: Absence of Shame”, you may read more about his way of working.