Roshan Adhihetty in Biel / Bienne at the
award ceremony 2014

The Swiss photographer Roshan Adhihetti (* 1990 in Lausanne) accompanied several nude hikes in 2014, e.g. in Germany, and became known far beyond the borders of his home country with his exam photos on this subject. He was also awarded the “Prix Photoforum PasquArt” in Biel for his series of photos about nude hikers. In 2015, his illustrated book “Nacktwanderer” [en: “Nude Hikers”] was published with an extended selection of photos.

In 2018, he received the renowned “Swiss Photo Award” for his series “Konstruktion der Wirklichkeit” [en: “Construction of Reality”], for which he was already nominated in 2017. In addition to his professional activities as a photographer in Zurich, he is involved in a wide range of projects such as the “Animal Frame” in 2019, an exhibition on the practices of the meat-processing industry at the “Haus der Ameisen” [en: “House of Ants”] in St. Gallen. He is a member of the renowned Swiss photographers' association “13Photo” and works as a lecturer at the School of Design, St. Gallen. 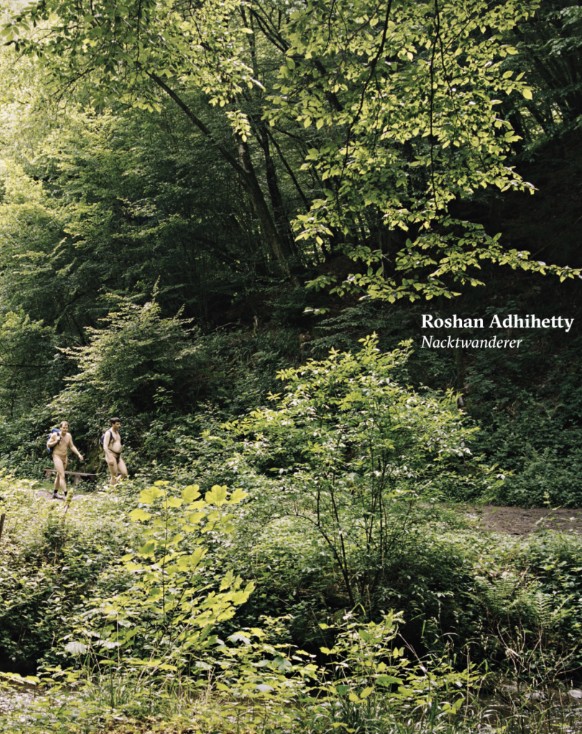 “I am not a nude hiker.
The images of nude bodies taken by the young Swiss photographer Roshan Adhihetty offer glimpses into a world previously unknown to me. As a film-maker, this is also something I seek to do when I look for subjects for my films. I seek out worlds and perspectives that I don’t yet know; that intrigue and unsettle me; that move me and make me think; I seek out images and worlds, that I can’t tear myself away from.
In this respect, these genuinely impressive photographs of men and women hiking nude in Germany, Switzerland and Austria captivate me. They are images that go beyond the pure documentary, and, through their staged composition, also direct our gazes at human existence itself.
Images that speak of humankind, of our great yearning to be at one with nature; but at the same time of our vulnerability when faced with the might and majesty of that nature. You don’t need to be a nude hiker for that. Despite his many years involved with the subject, and despite his many years spent accompanying the nude hikers, Roshan Adhihetty also didn’t become one. What he has succeeded in doing with these photographs, however, is as exceptional as it is evident: he has managed to find beauty in the unadorned.”
– Ulrich Seidl, sturmanddrang.net, 2018, translated