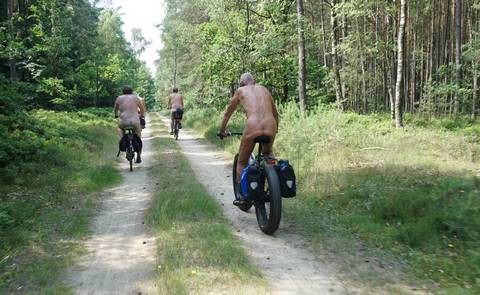 Image 1: The cycling tour started on the officilly marked
Naturistenweg [en: Naturist Trail].
The “Freie Hamburger Nacktivisten" [en: “Free Hamburg Nacktivists"] had invited to a nude cycling tour in the Lüneburg Heath on Sunday, 11 July. Weather promised stable conditions of 23°C air and sunshine at the start of the ride, which was to rise to 26°C in the course of the afternoon as clouds came in – and that's exactly what happened. Starting point was the car park of the Naturist Trail near Undeloh, with forest paths and paths through a heath area announced – in other words, an enticing landscape that should be enjoyed much more often!

Nine nude men got their bicycles ready to set off on the 40 km route. The ride began on the Naturist Trail, where we also immediately overtook a few nude hikers – however, clothed groups were also on the move here. During the passage along the settlement of Wehlen, we put on panties in consideration for the inhabitants living there. Immediately afterwards (after the point to undress again), we turned off into a narrow forest path to three spring lakes of the Seeve River, which, however, showed a rather low water level and made a rather marshy impression. 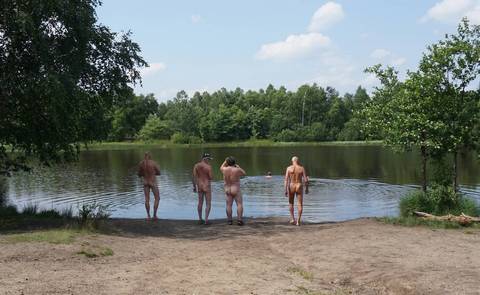 Image 4: Invitation to swim in Silvestersee [en: New Year's Eve Lake]
The route continued first through coniferous forest and then into the largest remaining contiguous heathland east of Schneverdingen. For natury as a cyclist from Münsterland, the road conditions were somewhat unusual: Most of the paths – in the forest as well as in the heath – had more or less stony ground, so that you got a good vibration massage while cycling – especially if you tried to keep up with the given cycling speed. natury only ever succeeded for a short time – afterwards his arm and seat muscles, spoiled by Münsterland cycle paths, went on strike and he involuntarily slowed down.
The visit to the New Year's Eve Lake was crowned with a swim. Here, even two textile hikers spontaneously took off their swimming trunks, after they had learned from us, that one can also swim without. We also received a lot of encouragement during numerous other encounters with Sunday excursionists. For the lunch break, the invitation had said: “A (textile) stop at the Hof Tütsberg Hotel would be possible.“. We spent 90 minutes in the hotel's garden restaurant to regain our strength for the way back. The return trip took us over Wilseder Berg, where two of us exclaimed, "I can't believe I had the chance to experience that!“ it was our highlight of a successful day trip! 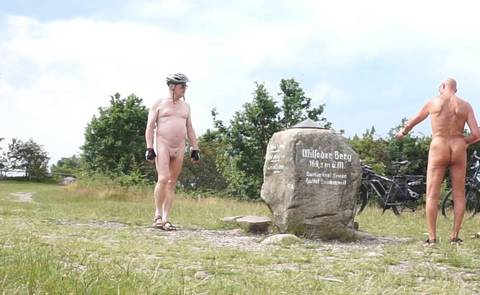