Loincords do not really “cover“, however, it was enough in many societies as clothing. In many surviving peoples of the South Pacific or in South America, a penis sheath has been established as a garment for men, which serves to cover the glans.

An exposed glans, whether due to circumcision or natural foreskin formation, these peoples rate as extremely shame-offending and not to be seen by anyone, not even other men. Therefore, the men lay their penis sheath exclusively for urinating and bathing and squat to urinate, so that nobody's eyes fall on the glans. 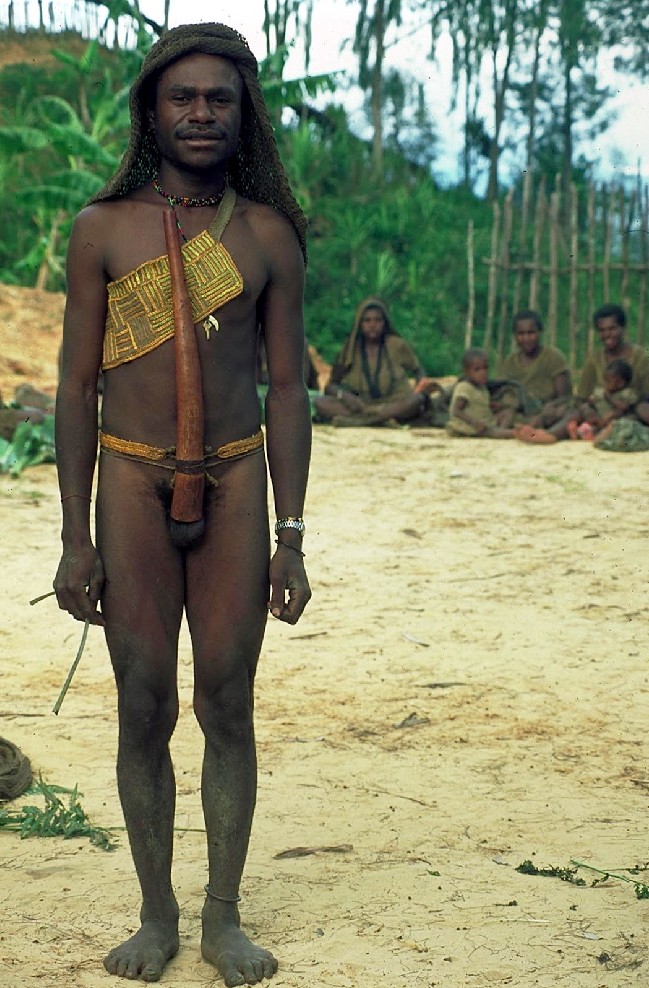 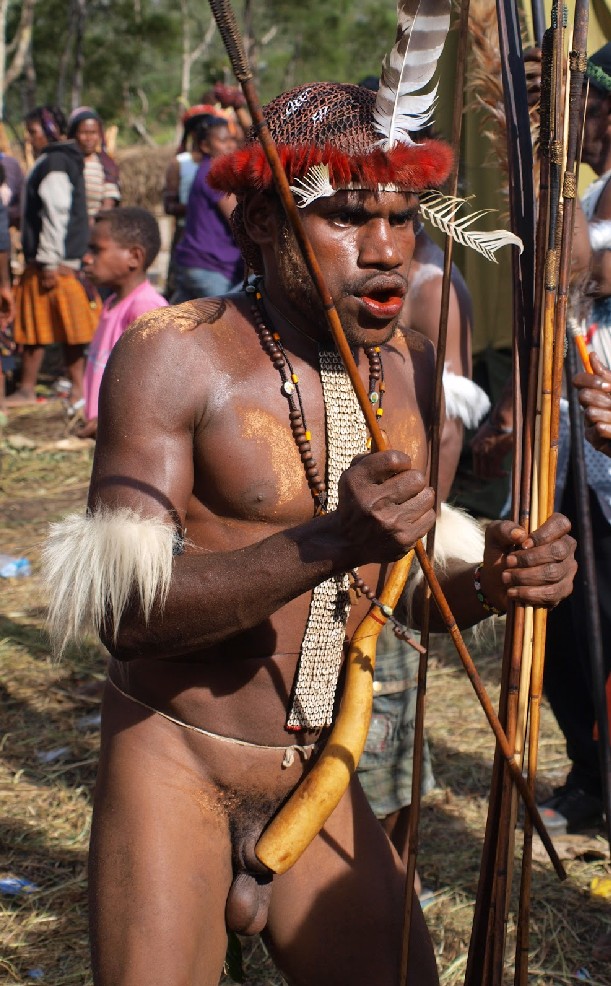 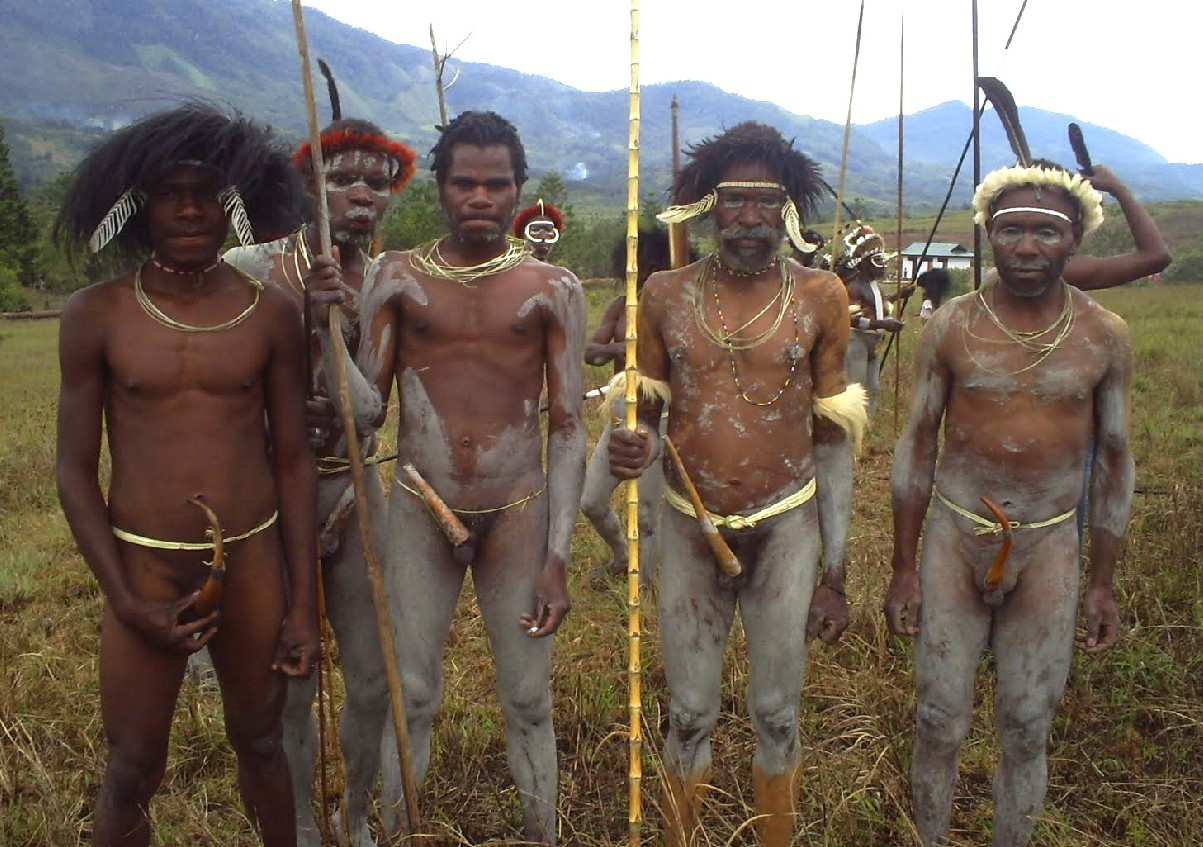 The penis sheath is also often worn at night, which is why the men only sleep on their backs. When entering into water for bathing, the glans is carefully covered by hand, and the subsequent drying is done with just one hand – the other is needed to cover.

The apparent exposition of the penis in an upward position and the free visibility of the scrotum are therefore accompanied by extremely pronounced shame of the glans – a rather incomprehensible phenomenon for Europeans. So, the discoverers on their way with James Cook meeting several peoples in the South Sea for the first time, where penis sheaths were worn, assumed during a long time fundamentally wrong, that wearing the penis sheath should bring the male sexual organ to a special standing and to draw attention to it.

By the way, shame about the glans also influenced the men in classical Greece: Although one was naked during sports and training, one tried to cover the glans with the foreskin as much as possible. It was a big scandal, when, for the first time, Jews wanted to take part in the Olympic Games – Jews were traditionally circumcised, so that the glans was completely visible, which completely contradicted the sense of shame of the Greeks. The Jews were not allowed to participate in the competitions! Some of them tried to get something like a foreskin through reverse operations.