Syndrome of feeling yet unfinished

With the beginning of puberty, children are preoccupied a lot with themselves: their body changes, the hormone balance is thoroughly changed, and their mental state is accordingly unstable, there is growing unrest in them. During this time, many children isolate themselves, and even if they were used to be nude in the family or at the naturist beach, they suddenly get “anxiety as to nudity” and hide themselves from their parents or siblings. The photographer Sally Mann has concentrated this phenomenon in a photo of her son: 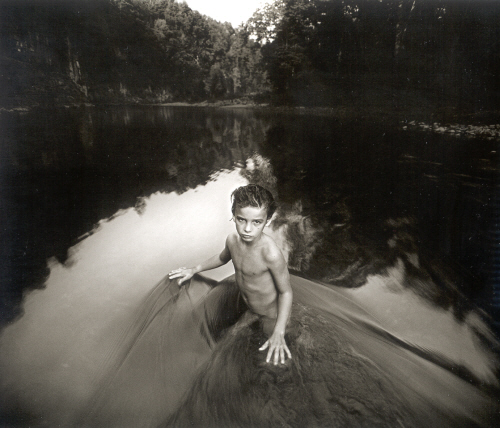 The last time, that Emmet agreed to be photographed in the nude.
Copyright: Sally Mann, “Immediate Family”

The reason for this, mostly suddenly occuring “anxiety concerning nudity” is primarily the result of a deep uncertainty, how the environment might react to the changes that become visible: The first pubic hair, the quite suddenly growing penis size of boys, the often asymmetrically growing breasts of girls – all of this conveys the feeling of not being »ready« yet, and you might not like to show yourself as unfinished. Before you can deal with possible reactions of others, you have to accept and handle your biological and emotional changes yourself, at first.

Adolescent, who wear swimwear also at naturist beaches during this phase, are therefore tolerated, albeit not particularly with good grace. Textile wearers always remain strange on naturist beaches and somehow like »disturbers« of the nude idyll, regardless of age. Though, the practice of encountering nude people of all ages (including their own) is very beneficial for pubescents: The syndrome of feeling yet unfinished is most easily cured, when you realise, that others are in the same situation, and when you learn, that others register and accept their own “situation of feeling themselves unfinished” as a matter of course. Needless to say, that this therapy will fail, if the affected person refuses to come along to a naturist beach at all – then it will take a little longer, until the “anxiety of being seen when nude” vanishes again. 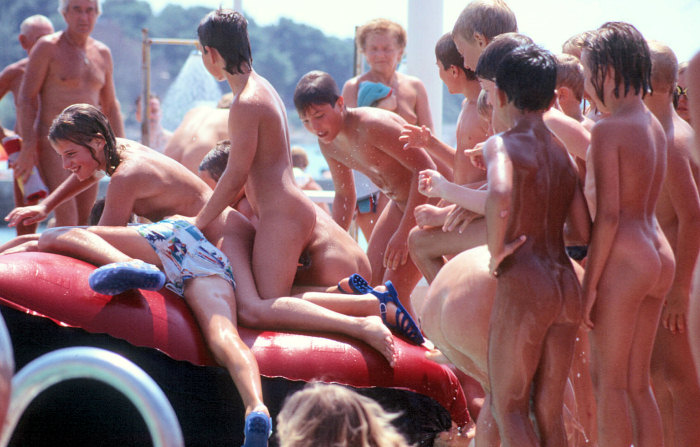 Syndrome of feeling perhaps too small

Sigmund Freud has gained the insight from his psychiatric analyses, that practically every boy suffers from the “syndrome of feeling too small”: Children usually see their parents in the nude occasionally or more often. Mostly long before puberty, every boy asks himself: “Will my penis ever be as big as daddy's?”

Though, such questions are easy to answer: Boys, who constantly encounter nude people of all ages (including of their own age) at naturist beaches, do not know such worries. They see and recognise from an early age, that all possible sizes and shapes occur in all age groups and that the growth spurt in puberty comes at some point: Being in the nude is healing and always better than hiding and being secretive.

One of the most understandable reactions to nature's individualism is boys' anxiety of getting an erection at an inappropriate moment – in front of everyone's eyes. Before and especially during puberty; they experience that erections sometimes occur spontaneously and are not quite controllable (they are triggered by the brain stem and cannot be influenced by the cerebrum, i.e. by consciousness). That's why boys are often happy, when they can hide their erections in shorts cut as wide as possible. Boys have the anatomical disadvantage, that their erections are visible to everyone – in contrast to girls, where the same thing usually happens quite unobservably. 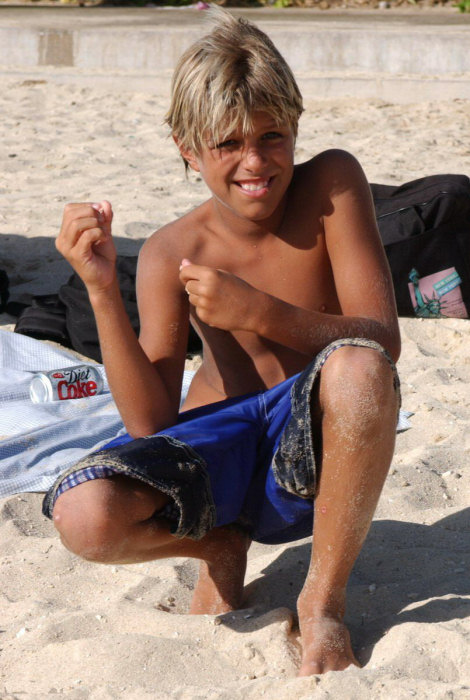 Tough, this problem is also only a question of habit: Every naturist beginner will feel the togetherness in the nude as so normal and natural after half an hour at the naturist beach at the latest, that erotically triggered reactions practically do not occur at all. And if an erection does occur, then the person affected will handle it accordingly (in the truest sense of the word) restrainedly and can then also count on the understanding and tolerance of his fellow human beings – if the incident finds any attention at all. After all, an erection is just as normal and natural as a cough or sneeze, and it simply will abate after a short time.

But one thing is certain: The inner structure of young people is unstable in puberty, the way from the lost, childlike carefreeness only slowly leads to the formation of a stable adult self-confidence. But even in these not so easy times for young people – and parents – the message can only be: 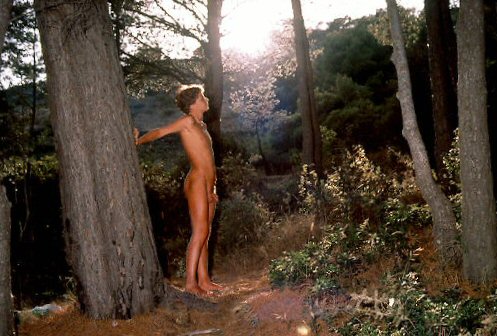 Into paradise, nude freedom is calling!

If and when he/she accepts the message, is up to the young person to decide for himself/herself, and probably he/she will do it that way today and another way tomorrow. Why not? Times of change are times of reorientation. And everybody has to go the own way.