Sally Mann's most famous work is the photographic portrait of her three children Jessie, Virginia, and Emmett, whose development she captured from birth with a large-format camera. The resulting images also include unspectacular things such as bloody knees, chocolate smeared mouths and the like. She calls the work Immediate Family. Her pictures also show the children nude, which earned her criticism and moral accusations for depicting minors in the buff.

Further works are landscape photos in the south of the USA. 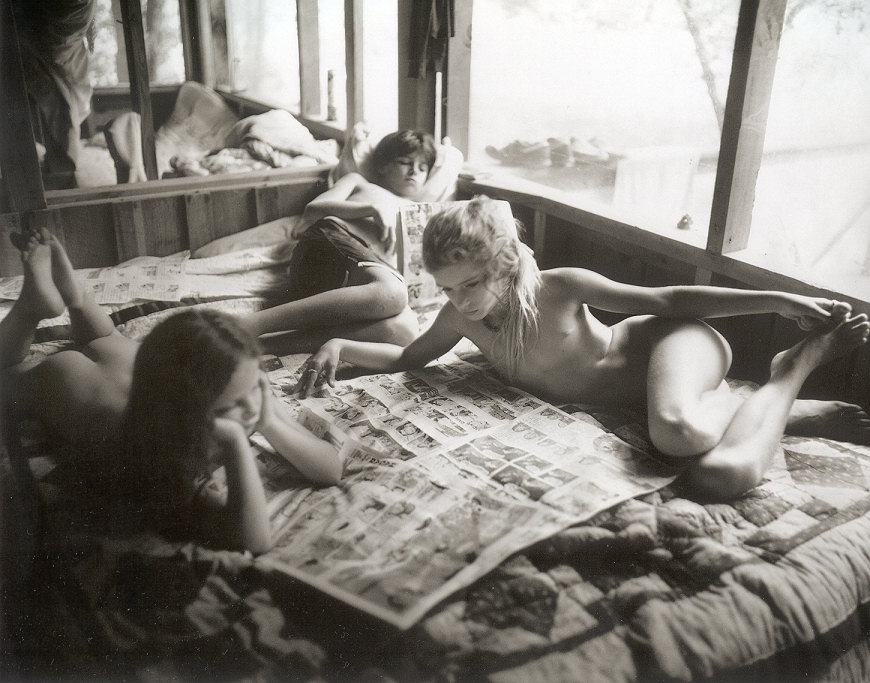 Her works can be seen in museums in the USA and Europe, including the collections of the Metropolitan Museum of Modern Art in New York and the Whitney Museum of American Art. She has won several awards, including from Guggenheim Museum in New York. 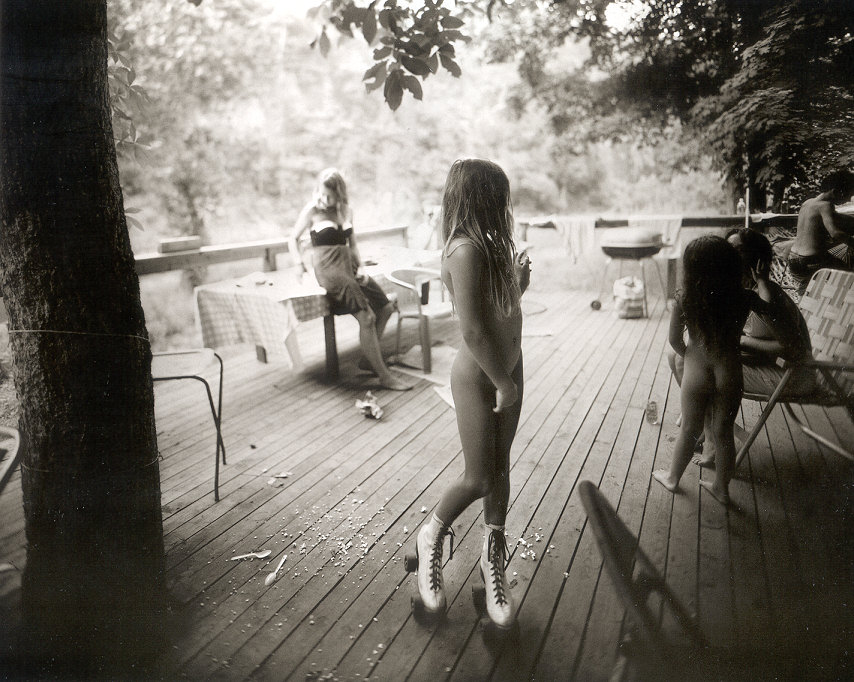 <
Playing outdoors: We all together – also in the altogether

The two photos are taken from her photo book “Immediate Family” (buecher.de).