In 2021, the first summery day with maximum temperatures above 25°C took place on Wednesday before Easter. Only a few commercial aircraft, again polluting the atmosphere, disturbed the blue sky. 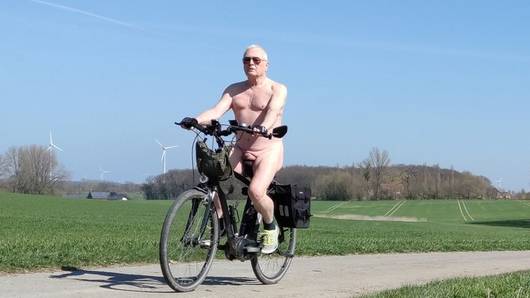 Photo 1: Summery day before Easter
In 2020, natury reported: "[…] There were only a few other cyclists on the paths in the southern Münsterland region, with whom I could exchange friendly greeting. Cars were even rarer. I did not meet any pedestrians at all. […]" This year, it was completely differen:t It almost seemed, as if people had the cooler weather outlook for Easter days in mind and unceremoniously brought forward their Easter excursion to this Wednesday!
Temperature went up to impressive 25.7°C at 3:30 p.m. – then, you're happy, when a breeze caresses your skin: natury enjoyed the day biking in the buff.
He visited spoil heaps of a strontianite mining tunnel. This rare mineral SrCO3 was used to produce sugar from sugar beet until 1883. Then, people learned to change the process of sugar production and use the more common and therefore cheaper coelestine (strontium sulphate = SrSO4).
A 4,500-year-old stone cist grave was the next place of interest. 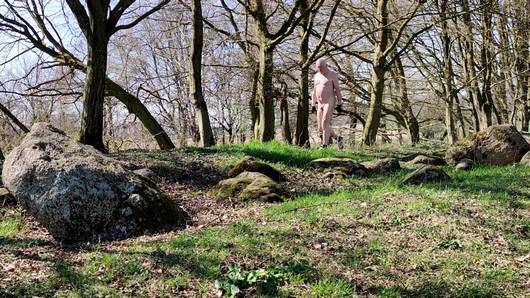 Photo 4: Stone cist grave from the Neolithic period
Afterwards, natury cycled through southernmost parts of Münsterland towards Drei-Schlösser-Route [en: Three Castles Route]. As an over-70, he chose for the rest a bench, on which he had the whole place to himself – that worked well despite the partly dense cycling excursion traffic.
The season has started: Next, we have to face a cool Easter Sunday.
[0:03:26] Video report (new tab or window):

Astronomically, these extreme situations of moonrise occur because the orbital inclinations of the ecliptic (apparent solar orbit) of 23.5° and moon's orbit of 5° against the earth's equator add up to 28.5° or subtract to 18.5°. The fact, that these special astronomical constellations helped to determine the choice of location for a communal burial ground, which was used for centuries, shows the importance of celestial events for the people of that time.