On the island of Tana, in the South Seas, a people still lives their traditional cult. Here, the men wear the “Namba“, a penis sheath woven from bast. This construction is quite bulky due to the many wound layers of bast sometimes, so that European explorers suspected even with that the deliberate emphasis on the penis as a background, as it was a habit in the late Middle Ages in Europe by adding a emersed penis capsule to the pants. But that is misguided!

The long bast threads tied to the tufts hang down to the knees between the legs and thus cover the scrotum. The whole thing is held only by a loin cord – a surprisingly stable-fitting construction, which is however not easy to put on, as reported to us by a 14-year-old Frenchman who tried the namba and was allowed to live with the tribe for several days. He needed help getting dressed (Fig. 3). 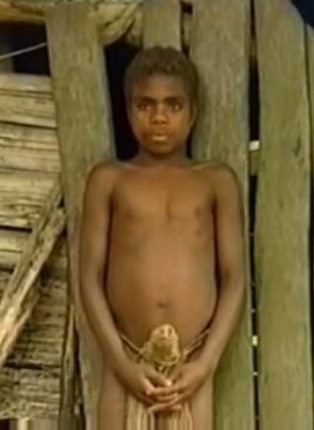 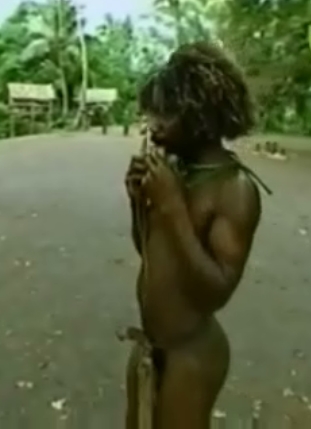 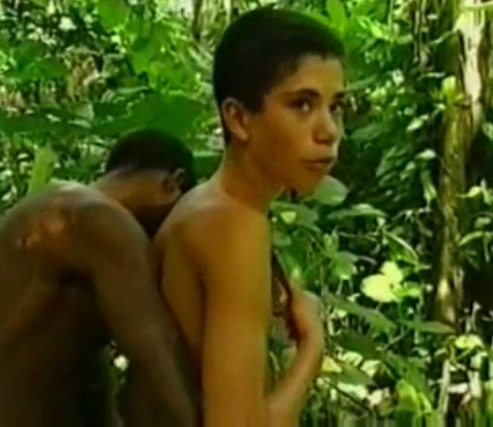 The reason for the men on Tana, to wear the namba, is here again an explicit shame about the penis. After the nude bathing in the river in community, the native man covers his sexual organs with his hands while showering in a waterfall. 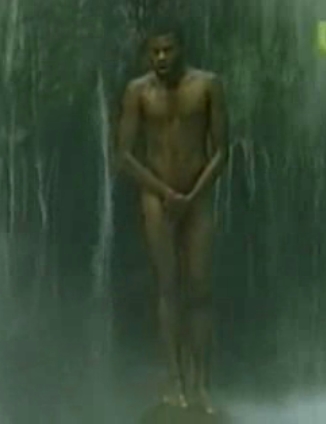 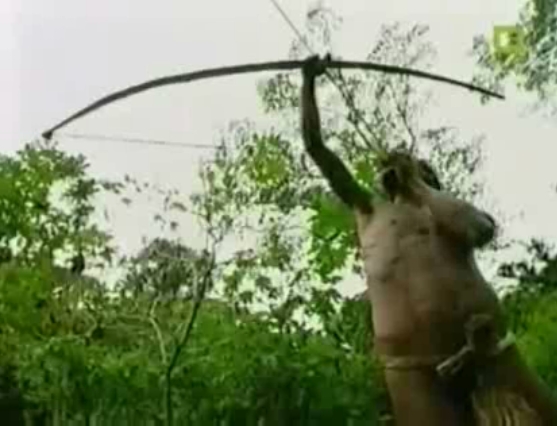 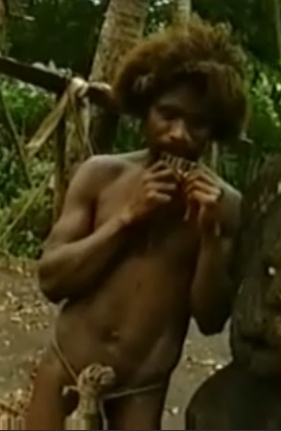 The boys from France visited the freshly cicumcised boys of the tribe in their house on a tree, where their stay, until the wounds of the circumcision are healed completely (Fig. 7). Girls wear a skirt of bast. 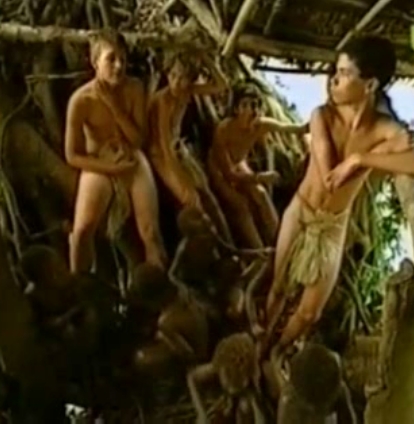 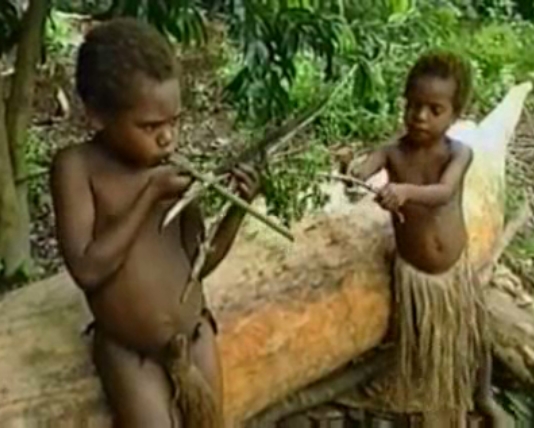